June 20, 2011
This last weekend has been a really tough one for our family. We had to have our dog of nearly twelve years, Panda, put down last Saturday.
To make matters worse, nobody was expecting it. One day, she was "chirpy" and seemed to be in perfectly good health and the next she was gone. She was in our family for longer than our kids and she has left a huge hole in our family heart.
I was going to talk about emotional reciprocity today anyway but last weekend's events have put a whole new spin on things. 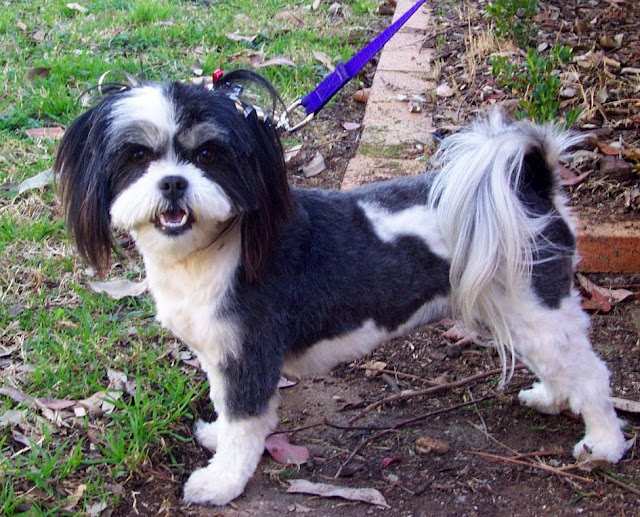 We all deal with strong emotions, such as love, anger and grief in our own ways. My wife tends to cry things out but I often internalise them and take them on board as stress and at times, self-harmful behaviour. In the kids, these emotions can manifest as meltdowns or as general destructive behaviour. Sometimes there's nothing to see on the surface at all.
The point is that although we each feel these emotions and we feel them at similar strengths, our reactions vary widely both in intensity and visibility.

For some reason, our society seems to think that it's okay to quantify emotions based on visible reactions. If an event occurs to two people and the woman is crying while the man is not, then the woman needs the most care and attention because "she's the one who is really hurt". The solution is to talk in a quiet voice and bring lots of cups of tea and chocolates.
The man, by contrast isn't bawling his eyes out, so he's obviously not hurt. There's nothing that you need to do for him. There's no need to tread lightly because "he's not even upset".
In fact, if the event is of an appropriate level, for example the death of a loved one, then anyone not outwardly grieving is "fair game". You can take things out on them and you're more or less expected to say "what's wrong with you man?". The words "you don't care" should also be used in conversation to him.
Sound familiar?
It's something that many neurotypicals do and yet so few realise how wrong it is.

Pain on the Spectrum

What if I said that this wasn't really about men and women? It's about everyone in general and people on the spectrum in particular.
We use our own perception of other people's emotions to determine our response; our emotional reciprocity.
Too often, I hear of neurotypical women describing the husbands as uncaring, unemotional and cold. Autism research shows us that people on the spectrum sometimes feel less physical pain than others (based on their reactions) and even children on the spectrum are sometimes considered to have an almost psychopathic disconnection to the pain of others.
What if all of the reasearchers are just reading the signs wrong?
There's strong evidence in the online community that this is exactly the case. That people with autism and aspergers syndrome lack facial expression and tone but don't lack emotions. That in fact, we are very empathetic beings - sometimes even more empathetic that neurotypicals in terms of what we feel. Our problems are with the interpretation and the display of outward signs.

The day after the Panda died, there was a conversation right in front of me about how useless I am at doing "manly things" around the house. It's ok, I'm fair game and I really am useless at fixing things around the house. I didn't react badly and I obviously wasn't sad, so there's no need to hold back.
It was hard to keep those black suicidal thoughts out of my head for the rest of the day because that's how I deal with pain. Fortunately, I know that I'm needed here and I know that depression is part of aspergers. I can reject those dark feelings because I know they're part of the condition - and they're not real.
It's a good lesson to friends, parents and spouses everywhere. Maybe your child or husband doesn't display a lot of emotion (that you can detect) but everything you say is being noted. If you know that there is good cause for emotion, there's no reason to assume that simply because you personally can't detect it, it isn't there.
Treat everyone in a possible emotional state carefully and you'll reduce the likelihood of a meltdown.

Unknown said…
This has been really nice. I am so happy to come by this blog. Thank you for all the information and the effort.
aspergers in children
June 20, 2011 at 5:19 PM

Helmsman of Inepu said…
I've also noticed that some people have the idea that they are performing a service if they make the person who isn't grieving "enough" break down.

The Rambling Taoist said…
My wife & I recently had a dog euthanized due to bone cancer. So, I can really relate to the pain you must be feeling.
June 22, 2011 at 6:47 PM

Anonymous said…
The situation is unfair to me as a crying NT too. I don't want all the attention, I don't want to be visibly and publicly overwhelmed.

Even worse, my ASS-type family members consider me to overdo it and make a fool of myself. They tell me I should not show my feelings so publicly. As if I have a choice!

Kitkat said…
Thank you for your blog. It's helping me to understand someone I've recently met. I initially described him as lacking in empathy, which, along with a list of other interesting behaviours as long as your arm, led me to suspect AS. I'm educating myself now and realise that what I initially thought of as a lack of empathy is far from that! Of course, I could be completely wrong. I guess the next question is... do I ask him about it? Do I even need to know?
September 2, 2011 at 7:32 AM

Amy said…
Thank you so much for expressing the dark thoughts that go hand-in-hand with Aspergers. It explains a lot for me.
September 11, 2011 at 7:15 AM

Anonymous said…
After re-reading your post and the comments, I would like to shed some more light on an ASS/NT relation. Especially in times of strong emotions our relationship is hurtful. Probably for my partner and definitely for me and our children.

I try to compare it to the animal world. If one animal in the group panics (e.g. because he sees a predator), the whole group panics and runs, yells or bolts. This is mirror behaviour and it saves lives.

When people around me are hurt, my mirror neurons seem to be doing overtime. I too feel emotions of other people radiating and they influence me physically. Especially when one of our children is the subject. These incoming signals cause enormous pleasure, grief or anger or stress in me and yes, they usually also cause tears to flow unwillingly.

My husband does not automatically react like people around him. Each time he decides for himself if he runs, jumps, etc., even if it is the wrong reaction. (And he comments in a negative way on others who DO run or jump or cry immediately.) That looks like typical leader behaviour. Therefore people around us automatically assume he is the leader of our family, the family business, etc.

And last but not least: People indeed expect others to rate from their behaviour how strong their emotions are. (It's no use crying over spilt milk.) Can you tell me how else we should know?
July 8, 2012 at 6:48 PM

Anonymous said…
It's the first time I've heard about aspergers and suicide. My husband of 30 years had Aspergers . He talked about intrusive thoughts but never said what type. He was always a very quiet man who looked to spend lots of time on his own.
He took his life last year. I found him at home and I'm devastated.
The pain and emotions are unexplainable. There is no meaning for life for me. Nothing has any reason anymore. I'm in limbo. It's unbearable. I couldn't take my life because it would totally rip our two gorgeous young adult children apart. Death is final but leaves those behind
Suffering and for a long time. Left with the thoughts and words "why" "why did you do this to us" you abandoned us. We miss you so much.