This is the start of a series of articles on how to show your non-aspie partner "appreciation".  It follows on from my article; Working on Your Asperger-Neurotypical Relationship Part 2: Appreciation.  You won't find information on living with an Aspergers partner here because this particular series is aimed at teaching aspies to become better and more appreciative of their neurotypical partners.


My point of view here will be from the aspie male in a relationship with a neurotypical female. After all, it's the only one I can speak about from experience. If anyone has any insight into the way in which the needs of neurotypical males differ from aspie males, then please feel free to note them in the comments.

If you've been dating your current partner since you were young, you might think that she doesn't care for flowers. Certainly, that was the case in my situation.

The Past
As a "first girlfriend", my now wife never expressed any interest in flowers. I knew the names of many flowering trees and she did not. She never took my mother up on her invitations for a walk around the garden or a visit to local nurseries. Most importantly however, she never actually asked me to bring her flowers.

It was therefore quite a shock to me to find out (after we broke up as teenage lovers) that I didn't "appreciate" her because, among other things, I didn't bring her flowers.

Now bear in mind that I didn't have the best of role models. My father, a suspected aspie, certainly didn't bring my mother many flowers - and we all knew that flowers were a passion for her. In fact, I have very clear memories of the one time that he did - their tenth anniversary. How my mother raved over them and dropped very unsubtle hints for more. I lived with my parents for at least another ten years and no further flowers ever materialised in the time I was there.  Apparently though, now they're a little more frequent.

My then "ex-girlfriend" talked to me about her new man on many occasions. It was a very difficult experience and I found myself having to play the part of the "gay friend" since she obviously only wanted me as a "friend". I learned a lot about romance from those discussions though. 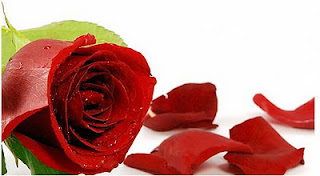 When her relationship headed south (stopped working), I pleaded with her to "drop him and go out with me". I followed up the next day with flowers - some shockingly expensive red roses which just about wiped out my wages for the week.

I didn't realise it at the time but I had competition. Her ex was competing for her affections too - and he brought flowers as well.

It turned out that my red roses beat his yellow ones. It was the first time that I'd ever heard that specific flowers could have special significance.


Flower Tips from the Present
Over the years I've tried to deliver flowers with some regularity to show my appreciation. Here are some flower tips;


Keep watching for more in this series as I try to cover other ways to show appreciation.

Anonymous said…
As an aspie woman with a neurotypical husband this is one thing I don't have to worry about. Showing appreciation to my husband usually consist of cooking a meal he really likes. Occasions can be our anniversary, his birthday, the weekend or if he has had a bad week at work. Maybe a tip for other aspie-wifes with NT-husbands?
January 29, 2012 at 10:29 PM

The Rambling Taoist said…
My wife and I have been together for over 27 years. In all that time, I may have given her flowers once. (If I did, I certainly don't remember it!) Seems kind of wasteful to me. Kill a flower to show somebody that you love them?

I don't do Valentine's Day either. It's a made-up holiday pushed on people by the flower and candy industries!

Anonymous said…
My wife has taught me how to bring flowers. It is a requirement at the birth of a child, mother's day, her birthday and our anniversary. Luckily for me all those events take place with enough time between that she doesn't get used to getting them.
I do suprise her every once in a while when I am at the grocery store and happen past the flowers then happen to notice them and then happen to remember that it has been a long time since I bought them for her.
Trey-I agree flowers are a waste of money but not as much as tipping a bad waitress or the social convention of exchanging gifts.
January 31, 2012 at 5:29 AM

Anonymous said…
I'm NT , aspergers hubby, he brings me flowers from time to time, but it's usually my aspergers daughter who remembers to bring me flowers and remembers that gebras are my favorites, and she's only 6. I can live without the flowers, I know that's not hubby's way of saying he loves me, so I kinda agree that they are a bit of a waste. I feel that I may be scewing your research here....ha!
February 1, 2012 at 10:37 PM

That Girl said…
i really enjoyed reading this! occasionally my aspie boyfriend will bring me flowers and it definitely cheers me up. and he always does on special occasions such as the dance shows i perform in. yesterday on valentine's though he did something even beter in my opinion! he sent me an edible arrangement! i think they're a great alternative to flowers because they are just as pretty and are also delicious so they serve a purpose! there's a picture of mine on my blog.

Anonymous said…
This was beautiful. My Aspie boyfriend (who I know loves me) has a really hard time showing me appreciation and although I understand it's hard (my father and brother both aspies) it does get me down. If anything him bringing flowers would show me he is thinking of me. Really enjoyed the post!
March 1, 2012 at 1:10 AM

I'd also recommend *asking* your partner what kind of flowers she or he prefers (and remember her or his answers, writing them down if you have to, instead of asking all over again every time).

Some people who like flowers prefer cut flowers (the wilting after some days can be a reminder that people need attention more than once a month too).

Some people who like flowers prefer living plants growing in soil in pots (the wilting after a few days can be saddening to see).

Meanwhile, some people are allergic to the pollen some flowers emit! If you ask ahead of time then you won't accidentally set off someone's hay fever. :)
March 28, 2012 at 1:37 PM

Anonymous said…
Also find out what flowers she really likes. My husband would make as many or more points with Irises than roses because Irises are my favorite. Him remembering that would mean more than the flowers themselves. Honestly, sometimes, something as simple as picking up a chocolate bar (hershey's, nothing fancy) on his commute home from work when he knows I have had a really bad day would make major points. Your partner just wants to know that you think about her and care about her. Thats what chocolate or flowers or a crossword puzzle book or a new bubble bath will show her (assuming those are things she likes)
April 4, 2012 at 12:38 AM

Anonymous said…
"Also find out what flowers she really likes...Your partner just wants to know that you think about her and care about her. Thats what chocolate or flowers or a crossword puzzle book or a new bubble bath will show her (assuming those are things she likes)"

This also goes for male partners. If you have one of those, ask him if he would like chocolate or crossword puzzle books or some kind of flowers...
May 25, 2012 at 2:56 AM

Anonymous said…
"Seems kind of wasteful to me. Kill a flower to show somebody that you love them?"

You don't have to kill a flower to do that. You can give someone who likes a kind of flower one of those flowers by giving her or him a whole entire plant with its roots still in soil inside a portable pot. :)
May 25, 2012 at 2:57 AM