June 24, 2013
When I was little, I was always fighting for a little attention. My parents used to tell me to "shut up" constantly but I never understood why.  I didn't understand then why my obsessive discussions about Star Wars and Doctor Who were so annoying to them.  They didn't want to know about the propulsion systems or torpedo systems used in Luke's x-wing fighter or about how the TARDIS's dimensional transcendentalism was achieved. Nope, they just wanted to hear the boring "real-life" stories. 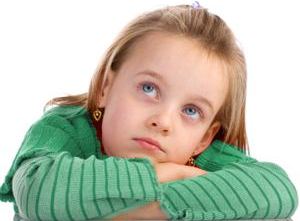 I on the other hand didn't want to discuss my "real-life" stories, especially since I used to spend all day dreaming my way out of them.  I didn't want to talk about how I played with nobody or how I took a ball to school and the other kids played with it but excluded me. My fantasy worlds were what kept me going.

I soon learned that the best way to be listened to was to talk about real things but make them exciting.  To talk about the endings I wanted rather than the reality of life.  It was a poor substitute for fantasy but it got me listened to and made me feel important in the eyes of my parents.

Of course, I went too far in those early days and I can remember trying to convince my mother that a haunted house (which I got too scared/lost in and had to return out the entrance) was full of huge obstacles.  I think I lost her when I mentioned the pool of sharks.

I also found it difficult to talk about other people.  I'd be at school and I'd see something interesting which I'd want to talk about.  Those early days were all about "who was it?", "oh, is he a friend?", "do you play with him at lunchtime?" and a thousand other unrelated questions. I wanted to talk about whatever fascinated me, not spend ages explaining who someone was and then answering "twenty-questions".

I soon learned to claim incidents as my own. To talk about things from the first person and to not mention other people. To me, these weren't lies, they were just suppressing things that I didn't want to discuss.  Of course, my parents considered me a liar.

I got better though, much much better and after a while I was able to not only talk about things that happened as if they'd happened to me but also to "reprogram" myself to remember them that way.  I became so convincing that I convinced myself.

Things came to a head one day at school when my parents and other teachers started acting on things that I said. Those embellished stories were having an effect in the real world and hurting people around me. I had talked to my parents about a "crazy" teacher and related some things in the first person. He got into a lot of trouble and eventually left the school**.  I didn't mean for anything bad to happen but it did simply because people were listening to me and I resolved never to lie again.

It's hard to know exactly how much of this was Asperger's syndrome and how much was just me being myself. Certainly the clarity of memory and the ability to adjust memory seems  to be an "aspie" trait. The struggle to be listened to is also a common thing amongst kids with Asperger's syndrome. I know that my own eyes glaze over and I don't give my own kids proper attention when they start talking about minecraft.

Sometimes I think we parents need to accept what we can from our kids - even if it's "garbage fantasy talk" but it's much easier said than done.

** BTW: As an adult now, I don't have any feelings of guilt over what happened to that particular teacher. He was really a bad person who did massive damage to other kids and he deserved to lose his job.  It's just a shame that he didn't lose it because of the kids he was hurting. I know their lives improved drastically once he was removed from the picture.

AspieMom said…
Thanks, Gavin. I think I needed your perspective on this right now, perfect timing. My 15-year old talks of nothing but video games, and I just get sooo tired of it. But at least they are "nice" video games, not any of the violent ones, so I guess I should be thankful to always have to hear about Pokemon, or Mario or Sonic. I so want to hear about his day at school, but all I get is a replay of what video game they re-enacted after lunchtime...
I've been trying to "force" him into normal conversations, but maybe I just need to go with the flow a little more and let him be himself. I'd rather he be happy than accepted by others at all times. Thanks.
June 25, 2013 at 3:00 PM

AspieMom said…
Thanks, Gavin. I think I needed your perspective on this right now, perfect timing. My 15-year old talks of nothing but video games, and I just get sooo tired of it. But at least they are "nice" video games, not any of the violent ones, so I guess I should be thankful to always have to hear about Pokemon, or Mario or Sonic. I so want to hear about his day at school, but all I get is a replay of what video game they re-enacted after lunchtime...
I've been trying to "force" him into normal conversations, but maybe I just need to go with the flow a little more and let him be himself. I'd rather he be happy than accepted by others at all times. Thanks.
June 25, 2013 at 3:01 PM

Stephen said…
Gavin, what do you suggest for me, as a therapist, to advise to young adult and adult clients who can find no one who shares their interests? It's hard to have friends when one cannot find people who share one's same interests. What have you found works for you, especially when it comes to conversing about things that are boring to you?
July 12, 2013 at 7:59 AM

Anonymous said…
"I know that my own eyes glaze over and I don't give my own kids proper attention when they start talking about minecraft."

Unknown said…
No matter how good I get at small talk, I will always hate being asked how my day at school was. "Ummmmm, exactly the same as every day." If it really was that interesting, I would bring it up first.

It is one of the reasons I had to leave my family home for college, as much as I love my parents. When I get out of school or work, I want to talk about something different from school or work. I do not want to come home and have to sugarcoat the truth if it was a terrible or boring day.

On the other hand, when I finish a quarter at college and go on break, it is easy to talk about my internships, subjects I learned, and any new people I met.
July 27, 2013 at 11:15 AM

Anonymous said…
I have Aspergers and I used to have this problem all the time. It started to catch up with me in a very bad way though, because in middle school and high school I would sometimes not do assignments or not go to meetings I was supposed to go to, and then when my parents would ask me if I did it I would lie and say I did, and convince myself so fully that even I was surprised when my teachers would send notes home saying I didn't do them. "Memory programming" is a really good way to put it, I would actually become so convinced that I did the assignments that I would even remember doing them, even though I knew deep-down that I didn't.
May 1, 2014 at 9:05 AM