Over the years many of the blogs I was following have closed down and disappeared. Others have experienced a decline in posts until finally they fall silent.

Of course, I still have my feelers (RSS feed reader) out there and every now and then one of those blogs reactivates, though usually only for a lone post or two.

This happened earlier this week. The blog in question is from a neurotypical (normal) lady married to a man with Asperger's. The blog is mostly one-sided and often contains an angry rant.

The relationship doesn't seem to be a happy one and clearly the author is not getting the respect that she needs from the relationship.

To her credit, she has such high morals and is so devoted to her religion, that she won't leave, she simply struggles and endures (and complains).

Her recent post was about how, as soon as they stopped marriage counselling, things went right back to square one. It brought tears to my eyes. I’ve followed her blog for years and feels like having a friend in pain. 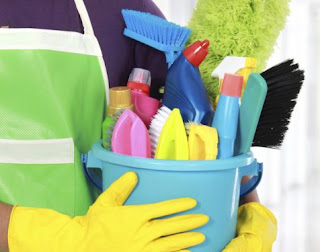 All marriages and indeed, all relationships (even those between parents and their children), need constant work.

The analogy is like a house. When it's new, it doesn't seem to need much work but as the years go on, it needs to be maintained or things will start to go wrong.

Counselling is like getting a cleaner in -- or if it's really expensive and prolonged counselling, it's like putting a new kitchen in.

Sure, it makes things look new again but it's only one part of the house and it's using the old plumbing.

Without continuous solid work, it will all go downhill again - and it's always a faster downhill ride that second time. 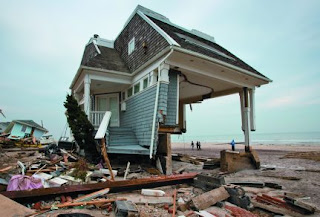 Back with our housing analogy, there's the question of the elements. The western side of the house that gets more sun may fade more quickly than the eastern side, though the eastern side may possibly be more subject to damp and wood rot.

The house may have weathered some fierce storms but they could have affected it in totally different ways. It could have blown the roof off on one side and cleared the scrub away from me Windows on the other.

There are always external factors impacting on relationships. These could be work, family, financial, medical or other issues.

Oddly enough, even though the same issues may hit the two parties in a relationship with the same force, our experiences and personalities greatly affect how it is perceived.

One example in my relationship was our exit from scouting. We exited over an adult bullying issue in which my wife was the victim.  I quit partially to show support for her and partially because I saw that the "people at the top" were keen to sweep bullying issues under the carpet. I couldn't be a part of that.

In my wife's eyes, this has soured that experience, and volunteering in general. For me however, I remember that time with great affection. I learned a lot from it, I met a lot of nice people, I had a lot of fun and most of all, I feel like I helped a lot of kids. I look at the bullies and the administration as simply "pests" -- and I refuse to allow them to sour the experience.


Asperger's is a “strange filter”

Everyone deals with impact in a different way, after all, we're all individuals.

Of course even taking individual behaviour into account, there are patterns. Two females will often react to a given impact in a way that is more similar than a male and a female. 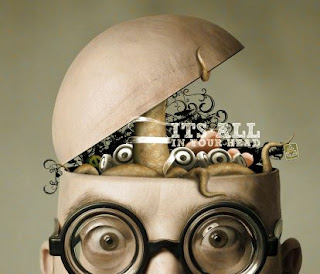 It's difficult but not impossible to "put yourself in the shoes" of someone with a certain filter. We frequently find ourselves doing exactly this when we read books or write stories. We get inside our characters.

One thing that I have learned over the years though is that it's especially difficult for people with Asperger's syndrome to get into the character of a person without - and the same is true, probably even more difficult, in the opposite direction.

It's easy to see why couples who are a mix of neurotypical and Asperger's might face more struggles than most.

The key is communication. Remember that people with Asperger's have difficulty reading emotions in neurotypical body language.They also have a tendency to express emotions differently to neurotypical people.

You have to constantly tell them, how you feel, why you feel that way and what you need from them. It works in the opposite direction too. You can't simply assume that because they're smiling, they're happy - you need to talk about it.

Keep talking positively and you're more than halfway to good relationship maintenance.

Anonymous said…
"The blog in question is from a neurotypical (normal) lady married to a man with Asperger's. The blog is mostly one-sided and often contains an angry rant."

If this is the same blog I'm thinking of, then his behavior is abusive no matter why he does it.

Anonymous said…
New reader here. Interesting stuff you've got. Would you consider sharing your list of Aspie blogs that are loaded in your feed reader?
August 4, 2016 at 10:22 AM

Unknown said…
I wish I read all this 3 months earlier.

I broke off with an allegedly Aspie woman. I made it through 5-6 months before losing my cool once not understanding why there was simply lack of communication. It was after the fact I realize she might be on the spectrum, as noted by a stranger at starbucks with similar experience/frustration.

Unknown said…
I wish I read all this 3 months earlier.

I broke off with an allegedly Aspie woman. I made it through 5-6 months before losing my cool once not understanding why there was simply lack of communication. It was after the fact I realize she might be on the spectrum, as noted by a stranger at starbucks with similar experience/frustration.

Gavin Bollard said…
Nobody can diagnose 100% accurately over the Internet - and I'm not a doctor but you're welcome to list her traits and I (and others) can give you a reasonable idea of whether or not they would be "Asperger's".
August 9, 2016 at 6:12 AM

Ralph Doncaster said…
Bad relationships take a lot of work but good ones don't. With wife 1.0 I was walking on eggshells and no amount of logic and analysis could resolve the problems. Wife 2.0 respects/appreciates my primarily rational behavior. She says reading "Loving Someone with Asperger's" by Cindy Ariel was very helpful.

November 05, 2009
In part one, we looked at the role that Change Resistance plays in causing aspies to suddenly go "cold" in otherwise good relationships. This time, I want to look at self esteem and depression;
Self Esteem The aspie relationship with themselves is tedious at best. People with Asperger's commonly suffer from low self esteem. As discussed in earlier posts, this low self esteem often results from years of emotional turmoil resulting from their poor social skills.
Aspies are often their own worst enemy. They can over analyze situations and responses in an effort to capture lost nonverbal communication. This often causes them to invent problems and to imagine replies. Everything made up by aspies will tend to be tainted with their own self image.
This is one of reasons that people with Asperger's will sometimes decide that they are not good enough for their partner and that they must let them go. Sometimes, the aspie will develop a notion of chivalry or self-sacrifice a…
132 comments
Read more