August 04, 2016
Last time, I looked at adults with Asperger’s syndrome who had trouble leaving the house, and who were more often than not, video-game addicted.  In particular, I looked at the possible reasons that they could have for such behaviour.

The aim of this series of posts is not to force people with Asperger’s syndrome into jobs but to enable them to live a more rewarding and fulfilling life. At best, this means becoming financially independent but in some cases, simply feeling “brave enough” to leave the house on their own is a big accomplishment.

Taking a step back from my last post,  this time I want to look at some of the ways we can prepare our kids for adulthood in modern society. 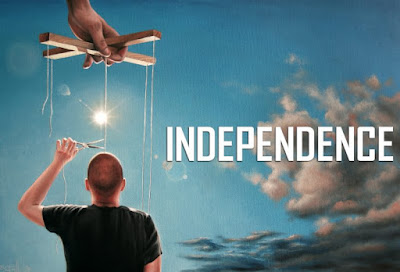 Horror Stories of Our Generation

Every generation wants to ensure that their children grow up with less hardship than they did. When I was a child, my parents took great delight in telling me about the things they had to do as children. I was horrified to learn that things that I took for granted, like hot baths and spin dryers were huge chores for them and involved long and complicated processes like boiling water and wringing out clothes.

The "horror stories" that I tell my own kids pale in comparison. Things like having to get up to change the TV channel, having only 2 or 16 colours in video games, having to catch a variety of public transport to school and worst of all, actually being punished if you didn't do your homework. I can't help but wonder if perhaps we've made things just a little too easy on the next generation. 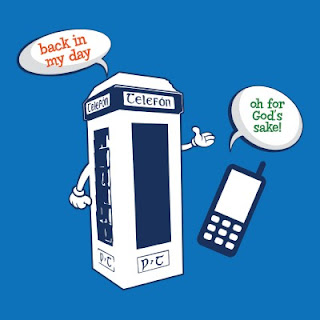 Back "in my day", television was considered to be the all-pervasive consumer of time but luckily we had very few shows and channels to choose from - and of course, TV only ran in the morning and afternoon/evening. It all ended in the middle of the day and around midnight. Computer gaming didn’t really start to take off until I hit my late teens (and then I was hooked).

These days there's so many distractions on TV, and enough channels and extra content via video streaming and computer games to last kids a lifetime. It's unlikely that they will ever become bored enough to leave the house.  The pervasiveness of media and the threat of addiction is higher than ever.

A side-effect of that pervasiveness is that, just like a house-cat which never gets to go outside and doesn't develop a proper "road-sense", our kids simply aren't getting enough exposure to the outside world to become fully independent adults.

In "the old days" when there were fewer distractions to keep kids off the street there was a lot of social interaction and kids learned a lot from the school of life. These days, unless you're homeschooling, those learning opportunities no longer exist.

There are a few skills that kids need to achieve a certain level of proficiency in. Of course, I’m not talking about kids with major intellectual disabilities, though if they can master any of these skills, it’s highly recommended.

I had hoped to go into detail about how exactly to teach these "missing skills" but of course, now that I've made a list and realised how big it is, it's going to have to happen in another post.

There are obviously thousands of things that you need to teach your kids ranging from the basics like "talking" through to more complex tasks like tying shoelaces, the academic tasks like arithmetic and full-on adult life skills, such as shopping for a house. These are all important skills  but at this point in time, I'm concentrating on the skills that are required for independence (and in particular, those which could help a young adult).

The majority of these "life-skills" are not usually taught at school so you need to consider alternatives such as scouting or do the teaching yourself. Of course, home-schooled kids often don't have these gaps.

To make this easier to read, I've tried to separate the skills into general areas and so, without further ado, here are the lists;

You would be right in assuming that most young adults are perfectly capable of communicating their basic needs - to their parents. You might be surprised however to find that they're not quite so capable in the workplace. Many young adults with Asperger's syndrome would rather work through a lunch-hour than tell their boss that they need to stop and get some food.

The basic communications skills that young adults need to develop are as follows;

You might think that you have a very hygienic young adult living with you but the question to ask is; what happens when you're not around to pressure them into various hygiene tasks? Do they change their clothes daily? Take showers? Wash? Use deodorant? Are your kids independently hygienic?

The hygiene skills that young adults most need to develop are;

People represent a vast area of unpredictable behaviour and young adults who interact with people need to be able to identify problems ahead of time and to deal with unexpected reactions from people. The main people-skills that young adults need to master are;

Food skills is another area in which you may feel that your young adult is already proficient. Again, the test is to go away for a weekend and leave them to fend for themselves.. and then return to find out what they lived off.  If your kid lived off ice cream and cookies, you know there are some food problems that need to be dealt with. The food skills they need to develop are;

The getting about skills are aimed at getting your young adult to and from the places they need to go. It's fairly common for people with Asperger's syndrome to be uncomfortable with driving. As such, learning to make the most of public transport is a must;

That's a lot of teaching but it's all very important. I've spent a lot of time going over these things with my two sons and we have regular refreshers whenever we plan day trips and other events.

I plan to follow this post (later) with some specific posts about how to teach these particular skills but next time, I'll be covering part 3 of this series,

How to help your stay-at-home adult with Asperger's syndrome to change their behaviour and get more out of life.

Anonymous said…
"The majority of these "life-skills" are not usually taught at school so you need to consider alternatives such as scouting or do the teaching yourself."

You need to consider how and when your kid is going to learn these, instead of telling your kid that he or she doesn't need to learn these because the admissions offices of Ivy League universities and MIT don't require these.

That is, they are raising their daughters to be stay-at-home wives. A stay-at-home wife, if she was already an adult when she married or she was a child bride who lived to adulthood instead of dying before age 18, is by definition a stay-at-home adult.

It's even possible to find a husband in the first place without leaving the house, if one consents to her family arranging a marriage for her and they can find a man and his family willing to consider her (instead of a man and his family who want to get to know the potential bride outside the house first, want a bride who keeps her job outside the house, and so on). Again, fewer social skills required.

Of course, if in the future the husband loses his job or dies young or turns abusive, and her parents can't or won't take her back by then, that stay-at-home wife will be very vulnerable if she never learned how to be more independent.