Autism Representation and the Road Ahead

April 03, 2018
Over the years, April has been associated with the "Light it up Blue" campaign launched by the group "Autism Speaks". The campaign originally advocated awareness and then acceptance.

It's something that I've posted about more than once before on this blog.
In recent years, the campaign has changed from something that people with autism were wary of to a cause that is actually opposed by the majority of them. 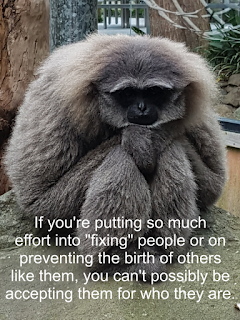 There are many reasons for this shift but in my opinion, the fact that "autism speaks" is entirely controlled by people without autism is probably the major factor.

It's not that they've never had people with autism on their board; they've had some famous people including John Elder Robison.

It's that they have their own agenda and it's neither friendly nor tolerant to people with autism.

Autism speaks seems to have a few main aims;
These may seem like good aims but they're not really compatible with the idea of acceptance.

It stands to reason that if you're putting so much effort into "fixing" people or on preventing the birth of others like them, you can't possibly be accepting them who they are.

I don't think that the road forward has changed much but the vision has certainly become clearer in recent years due in part to acceptance movements in other groups.

In order to properly "accept" autism we need to first acknowledge the individual. We need to accept that there are so many incredible differences between people at different points on the autism spectrum and acknowledge that the neurotypical definitions of success or happiness aren't necessarily the same

It's similar to the "when one door closes, another opens" moment that many parents go through except that it needs to happen on a much larger scale. 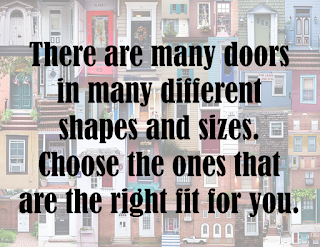 In today's world, we're driven by our need to fit into social milestones;
We're so driven by these milestones that it's hard to remember that not everyone wants or needs the same list.

Even within the list of milestones there are hundreds of mini-lists, one of the most obvious of which are the developmental milestones of our children which set specific ages for walking, talking and toileting.

A failure at any point in the milestones can become a catastrophic failure in your life that leads down the road to depression.

This is what we need to change in order to move forward, the perception that the milestones are the same for everyone.

It's not simply the culture of autism, it's everywhere.

When we see a disabled person, we find ourselves talking in terms of what they cannot achieve rather than what they can. All of our efforts are directed towards making them "normal" rather than accepting and welcoming them as they are.

The Importance of Representation

A few months ago I saw an article on the board of directors for a women's rights group.  I was deeply offended by the fact that all but one was male.

For me, the problem was obvious; what could those who haven't fully experienced the issues  possibly contribute that would make them a better candidate than those who have?

This is precisely the same issue as the autism groups whose boards are staffed by neurotypicals.  It's fine to have a few parents of individuals with autism on the board but if we're really interested in acceptance, the board needs to be made up of individuals from all areas of the spectrum.

Now you might think that nobody on the lower end of the spectrum is going to be suitable for a position on the board but the real question is whether or not the structure of a board is suitable for people with autism.

Individuals with low communication abilities aren't necessarily incapable of communication.  They're simply differently-abled. They're often able to communicate their wants and needs  - and these can be generalized to others with similar experiences.

You shouldn't need to be able to sit in a board meeting in order to contribute as a board member. Technology has levelled the playing field and there's no reason why people can't join meetings via phones, computers, instant messaging or any other means.

The time has come to end the idea of an equally-abled, equally-gendered and equally-minded board that sits around a table disconnected from real-life making decisions that affect the lives of people unlike themselves.

The road forward is to recognise the diversity of people on the autism spectrum and to put them in control of their own agenda.

kurtvs said…
Are there sub-groups within the aspie community? I have many of the classic traits like touch and noise sensitivity, above average memory, etc., but lack others like OCD. I think when you're giving advice to Aspies, the advice might need to vary by which cluster of symptoms one is dealing with.
April 22, 2018 at 7:36 AM