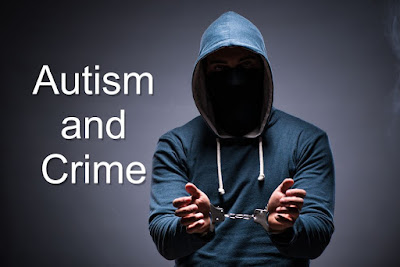 There's a lot of news about autism and crime these days and I think it's worth some open discussion because the reasons are varied but the blame seems to be quite singular.

I don't believe that the amount of crime among individuals on the autism spectrum is any higher than the crime rate for the general population. In fact, many of the attributes of autism such as a preference for isolation, should contribute to it being lower. Nevertheless, there are criminals on the spectrum and there are some attributes which are common to autism which could make an individual more likely to commit a crime.

There's no doubt about it, people on the autism spectrum often seem different to the general population. This difference in itself creates some issues;

The "Us and them" divide often leads to ostracisation within school, workplaces and social groups with people on the spectrum being clearly in the minority. In schools, it can lead to physical bullying, name calling and exclusion. In the workplace, it can lead to harrassment, manipulation, rejection or simply to a lack of advancement. Whatever the details, the effect on the individual is often the same; envy and resentment.

Envy and resentment are strong emotions which together could tempt an individual into to criminal activity.

The other way in which the "us and them" divide is responsible for autism being linked to crime is that when a particularly horrific crime is committed, people want to distance themselves from it. One of the ways they do this is to find a way to make the perpetrator seem "different from the rest of us".

Obviously having a perpetrator with a clear defect, like blindness or deafness simply doesn't work. These things are quantifiable. You can simulate these conditions by putting your hands over your eyes or your fingers in your ears.

To make a person truly different, you have to choose something that is considerably less well understood. Asperger's syndrome and Autism fits that bill rather well and the media is very much complicit.

I've lost count of the number of times I've read about people with massive gun collections and ties to Nazi groups who go on a shooting spree. Rather than bring up the two most significant elements, the media fixates on a "possible" diagnosis of autism.

This gives society a way to say, it's not guns, it's not Nazi's, it's just this kid or worse, it's just THESE people.

The result of this is that the true causes of these crimes are covered up and people with autism are even further ostracised.

For years, people with autism have been described as having "no emotions" or "no empathy" when, as I've mentioned many times before, the truth is that people with autism fail to communicate their feelings well. It's very common for people with autism to have facial expressions which don't match circumstances or to find themselves accused of being amused when things are sad.

A person with autism may choose to ignore some sad news and go about their daily routine or may throw themselves into their special interest rather than deal with an issue. This doesn't mean that they don't care. In fact, often it means that they're trying to distance themselves from feelings which are simply too strong for them to handle.

This seeming "lack of emotion" often means that people with autism are judged as "stone cold killers" in what are really crimes of passion. They may seem to show no remorse for their victims but just because you can't see an emotion on someone's face, it doesn't mean that the emotion is not present.

If you look at the vast majority of high profile autism crime, it seems that there's a bit of a revenge "vibe" to it. Often it's about giving bullies payback or it's about unrequited love. I'm not for a minute saying that it's right, simply that these aren't cold blooded crimes, they're crimes of passion.

Issues of Justice go hand in hand with those of emotion and in particular, of revenge.

People with autism tend to be bound by rules which are very black and white. The problem of course, is that our world is governed by situations of grey. 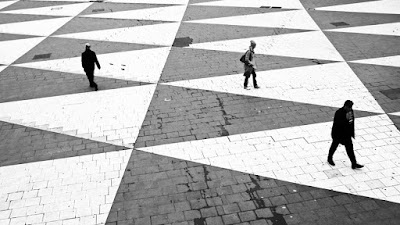 This means that when it comes to situations like "payback" or "revenge" a person with autism may feel justified in carrying out an act of violence against an aggressor -- even if the transgressions in question happened many years ago.

The fact that people with autism find it difficult to let go of painful situations, have long memories and find communication quite difficult exacerbates the situations. While other people in similar situations will try to talk through an issue, a person with autism may decide that actions speak louder than words.

Does this mean that all people with autism are bad or that all are criminals? Of course not. Everyone has within them the ability to commit criminal activities and people with autism in particular, with their black and white thinking and their generally honest natures are probably less likely to commit petty crimes.

When it comes to crimes of the heart however, it's important to note that the emotional nature of people with autism and the possibility of meltdowns can make them a more volatile person. Additionally, their status as a person who is different can make them more of a target and their naivety may make them vulnerable to undesirable social groups. 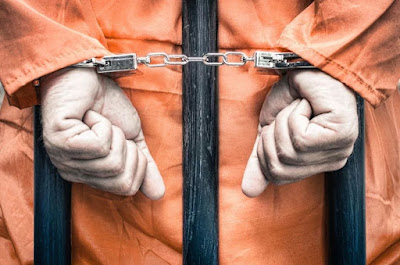 Most people with autism are unlikely to commit crimes but their upbringing most certainly will have an impact on this. Interactions with negative people and proximity to dangerous weapons while dangerous for most people, are particularly dangerous to people on the autism spectrum.

Expose anyone to a violent upbringing and you'll significantly increase the chances of them becoming violent themselves.

Anonymous said…
Sometimes in the U.S. media, ASDs are used to *excuse* violent crime, like "he couldn't help it, he's really a good person but he was just too misunderstood, if only more girls had let him have sex with them, etc."

If the attacker's an Arab or South Asian guy, and/or Muslim then some media say it's because he's Muslim

If the attacker's a black and/or Latino guy, then some media say it's because he's a gangster.

If the attacker's a white and/or East Asian guy, then some media say he couldn't help it because of his ASD (even if he doesn't have an ASD in real life!), geekiness, etc.

Anonymous said…
"and their naivety may make them vulnerable to undesirable social groups. "

Yup. Some folks see guys who don't have much luck attracting girls and promote very old-fashioned standards to them, standards of societies in the past that would let these guys get away with forced marriage and rape (that is, getting girls *without* attracting them). >:(

Oren Franz2 said…
But it depends on the severity of ASD.


It is rare for a person with Intellectual Disability to commit crimes on their own and are more likely to be victims, because they have problems with Learning and have problems with Intellectual and adaptive functioning. However there are exceptions and reports that some people with developmental disorders commit crimes, because they are high-functioning. Statistics says that most people with mental health and developmental disorders are more likely to be victims than being perpetrators compare to people in the general population. However we should be careful, because not everyone in the general population commit crimes ether.

But I wanted to ask if death penalty should only be used as a last resort, not as punishment or revenge, but for the sake of safety for others if there is proof that a person is constantly being dangerous and is trying to escape, regardless if they have mental health and developmental disorders. But other than that I have mixed feeling about the death penalty, because some people can be wrongly convicted for death penalty.

Sources of the study of who will more likely to be victims or criminals:

Sources of some criminals with mental health and developmental disorders: