What people with autism can learn from Memes - Part 1: Female Behaviours 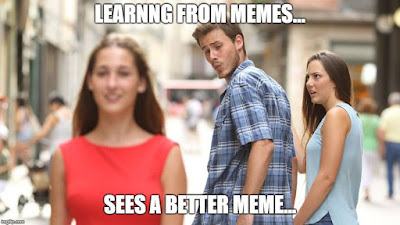 Don't get me wrong, many of these posts are terribly funny but most are not politically correct and some seem to showcase the darker side of human nature.

One thing that I have noticed is that there are a lot of "cringeworthy" posts which show some very disturbing trends towards dating -- on both the male and female sides.


Why is this an autism problem?

While the behaviours I want to discuss are not in any way restricted to autism, some of the memes and comments seem to echo sentiments I've heard all too frequently in the autism and Asperger's communities.

People with autism often spend a disproportionate amount of time online compared to their neurotypical peers who spend at least equal time "in the real world".

As a result, people with autism often adopt the ideas and behaviours of online communities without the corrections that real life can apply.

There's also a few traits of autism that can increase the likelihood of problematic behaviour.

This is the first of two posts and given the large preamble, I felt that it was appropriate to cover "female" issues here (as there seem to be fewer of them).  Note that while these issues are undoubtedly more common in females, they aren't actually gender-based and the "female role" can easily be attributed to anyone, especially in relationships which are not heterosexual. I'll be using terms like "guys and girls" but of course, it really depends on the individuals in the relationship.

Not Defining the Relationship (DTR) 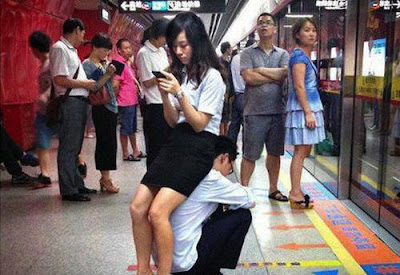 There's quite a few male problems here, including "treating relationships like transactions", making unwarranted assumptions and a false sense of entitlement, all of  which I'll go into in my next post. Right now, I just want to cover the "female" issues.

Not DTR-ing, is especially a problem with people on the spectrum because they're often unaware of the non-verbal signals that they are sending out and the signals that others may be giving them. Often younger people on the spectrum don't get double entendres or puns because they're not thinking outside the lines of a direct one-to-one conversation.

If you say that you don't want a relationship but give off the wrong signals or smile at suggestive speech, prospective partners may think that you've changed your mind.

In real life, this means that when a guy invites you out, you might need to remind him, "just as friends, right?".  Hopefully this will prevent any awkwardness during the outing.


Taking people for a ride

There are a lot of girls out there who brag about what they "got" from various male "friends". Gifts range from concert tickets, to special meals, jewellery, holidays and expensive gifts. This is essentially cat-fishing and it's by no means a purely female trait.

We all have to be wary of cat-fishing-style behaviour in prospective partners and possibly in ourselves as it's a slippery slope from accepting gifts to soliciting them.

Intentionally taking men for a ride is not an autism trait. It's something that requires the ability to manipulate people which many people with autism lack. Unintentionally, it's certainly common as it can happen when you fail to read your partner's unspoken intentions. 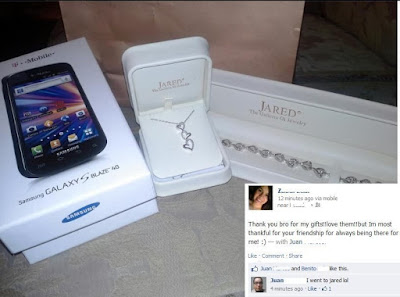 If a guy is giving you expensive gifts and you're not reciprocating, or if he's constantly paying for your meals, it's probable that he thinks that the relationship is stronger than you do.  You might need  to ask them to "dial it back a little".

If nothing else, then at least make sure that you DTR (define the relationship) because many people will eventually get tired of waiting and may push for more intimate contact.

Attention seeking behaviour is very common on the internet and particularly on social media platforms such as Facebook.

It's not always a female behaviour but it's certainly more common in females. You can easily identify a person with ASB by looking through their posts over the past year or so. If the vast majority of them are about various issues (not the same issue over and over again), in which everything possible seems to have a negative connotation they're most likely attention seeking. This is especially true if the person appears to be arguing with well-wishers and optimists in order to make their case seem more bleak.

Unfortunately, it's difficult to tell the difference between ASB and deep depression, so you can't simply ignore friends with ASB as it could mean life or death. That said, if someone is clearly displaying attention seeking behaviour and has been acknowledged in a positive way by others, you can usually let things be.

Attention seeking behaviour is an autism trait because quite often people on the spectrum don't fit into social groups and are "starved for attention". Often the only way that they can engage people is online and sometimes people feel that the best way to get that engagement is to constantly cry out for help.

There's another form of attention seeking behaviour which usually isn't related to depression at all. IT's when people post about how ugly/fat they are (and they clearly aren't) or when they constantly post items with the aim of "fishing for complements". 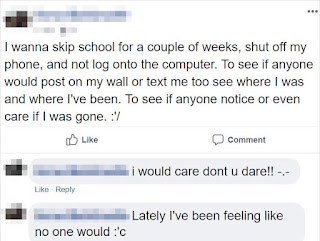 The problem with both forms of attention seeking behaviour is that the people posting them often eventually end up believing their own lies. A person who constantly posts about the glass being half full will eventually find it difficult to recognise positive events when they occur.  Additionally, these sort of posts tire out support groups and set people up for the "cry wolf" effect where the supporters grow so tired of reacting to these posts that they fail to respond when they're needed most.

If you find yourself constantly posting negative things, then seek help offline. Online friends are great but there are limits to what they can do and you most likely need a more direct force for positive change in your life.

General neediness is both a male and a female trait. Needy individuals constantly lament the lack of a partner and usually post overly descriptive information with emphasis on the physical aspects of relationships. Often the standards of needy people are quite high and they'll settle for nothing less than a supermodel or a person who they have selected who is already in a relationship or out of their reach. 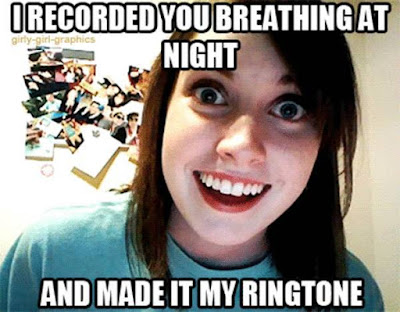 Posts about neediness obsess on getting hold of an individual, getting them to like you or keeping them away from others.  Neediness itself often leads to unsafe practices, it drives others away and it's frequently the main reason for any breakups that occur.

Neediness often goes hand in hand with Bi-polar disorder meaning that needy people can follow patterns where they destroy their own relationships with fear, paranoia and insecurity.

Neediness is a higher risk issue in individuals with autism because it's possible for other people to become the special interest.

It's not okay to be super-needy, to stalk others or to obsess on individuals, particularly if they're out of your reach or not interested in you. If you find yourself doing this, you need to talk to someone offline and get some help before it becomes a real-life problem.

In my next post, I want to cover the problems that are more common with males including; anti-female behaviour, entitlement and ownership, treating relationships like transactions and the problems of "nice guys", persistence and anger.