Are we "all a little bit Autistic"?

April 14, 2019
It's a phrase which seems to really infuriate a lot of members of the autism community, "we're all a little bit autistic" and yet, there's perhaps some truth to it.  In this post, we look at what it really means, where the dividing lines are and why it can be considered offensive.

Autism is diagnosed based on a specific set of criteria from the DSM, currently version 5. You can read this criteria in its correct form all over the web and you really should follow this. In fact, you should be diagnosed by an expert. 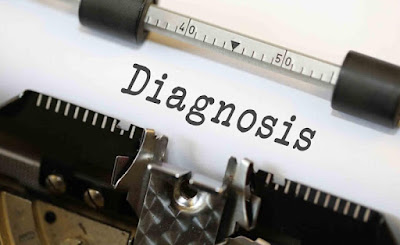 In a "nutshell" though, autism is defined by the following;

C Removing Misdiagnosis
To make sure that the right things are being diagnosed, the symptoms must;

Clearly we're NOT "all a little bit autistic" because you either ARE or you AREN'T.

When people say that we're all a little bit autistic, what they really mean is that they have some of the communication issues of A or the behavioural issues of B. They generally won't have ALL of the symptoms and they won't pass the misdiagnosis tests of C.

What they're really trying to say is that everyone shares some of the traits of autism -- and that at least is true.

The most common symptoms that non-autistic people have are;


Even when people have similar traits, it doesn't follow that these traits affect them to the same extent as those same traits affect people with autism.

Lets have a closer look at some of those "shared traits".

This trait is particularly common among of science geeks and history buffs who become so engrossed in their areas of expertise that they can talk about nothing else. It's also common to sportsmen, gamers, movie and television fandom and computer geeks.

Many people have the odd obsession or two but people who aren't on the spectrum don't wake up and start thinking about their special interests all day. They're often not driven to obsessively collect and constantly reorganise objects relating to their interests and they don't find it almost impossible to shut those interests off when they need to do something else.

In my case, one of my driving interests is Doctor Who -- and it has been an obsession for 45 years. It's 8am on a Sunday morning as I write this, sitting in my Doctor Who pyjamas (one of several sets).  Yesterday I watched two episodes of Doctor Who and listened to another couple of audio episodes while I was hanging out the washing and doing the shopping. The topic will also have come up more than once with my wife and kids even though I consciously try to avoid it. There's probably another dozen or so other interactions with that special interest that I could mention from yesterday.

The special interest is so all-consuming that I consciously have to work hard to not drive others insane with it.

As a general rule, people with autism actually want to communicate with others but simply can't. They give off a strange "vibe" at functions which often makes others avoid them. They're too direct, too honest and too nervous. People with autism often avoid eye contact because it's actually "painful" and they have to concentrate so hard on what people are saying in order to stay in a conversation that they miss all the non-verbal cues. They miss tone, jokes, gestures and facial expressions and they quickly become tired from the exertions of "peopleing".

People with autism will often avoid conversations or gatherings but not because they don't want to be there. They avoid them because they know that it will only end in tears. No matter what they do, many types of social gatherings are simply too much for them. 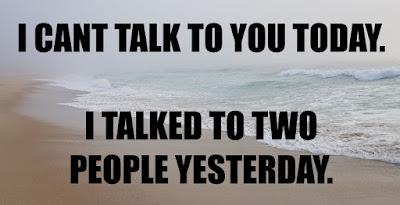 People who say that we're all a little autistic when referring to social communication usually mean that they have difficulties fitting into groups but more often, they're saying that they simply don't want to be around other people. This is quite a different thing altogether.

A person with Echolia will find themselves stimming with noise. This could be a humming sound, it could be repeated movie or TV quotes or it could be animal noises, whistling or chanting. Echolia in autism is not simply the repetition of noise, it's the use of that motion to provide a calming influence over oneself.

Movie and TV buffs will often repeat lines from films during conversations. People often hum or whistle while they work. These are forms of echolia but they're not quite the same as echolia in autism. They're not done so much out of the need to calm oneself but out of choice.

Just about everyone has difficulty letting go of some things, whether it's moving office or dealing with a software upgrade where all of the menu items have changed. These are normal issues.

Resistance to change in autism isn't about these simple problems though they can certainly contribute to the issues faced. Resistance to change in the "autism sense of the word" is about when changes that would simply annoy most people cause overwhelming waves of anger or depression which can trigger suicidal thoughts or meltdowns. 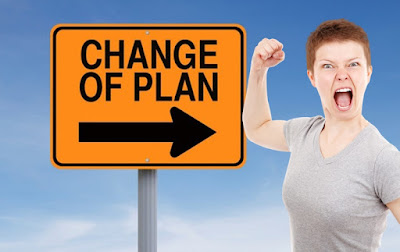 An autistic person who experiences resistance to change may find themselves in a meltdown situation simply because their schedule has changed. This isn't a "tantrum", it's simply an uncontrolled change in their circumstances.

Everyone experiences sensory issues at one point or another. People who aren't on the autism spectrum can have sensory experiences with the strongest of inputs such as very pungent odours or a loud noise.

Sensory issues, such as a fart in an elevator or construction noises while you're trying to sleep can be difficult to bear but they're significantly different from the full range of sensory issues experienced by a person with autism.

Sensory issues on the autism spectrum can be strong enough to trigger a fight or flight reaction, which essentially translates to either a meltdown or a shutdown. Sometimes the "flight reaction" can cause a young child on the spectrum to flee the scene and rush headlong into danger, for example a line of traffic.

When my eldest was about five, he was still having serious sensory issues with fans of all kinds. It was extremely dangerous to take him into a public rest room as they often had hand driers and no amount of warning could prevent others from using them. If someone turned a hand drier on in the room, he would immediately flee the scene, sometimes getting lost, sometimes running headfirst into walls or tapware.

Neurotypical (normal) people experience sensory issues as "uncomfortable" but for a person on the spectrum, those sensory issues can very dangerous - even life threatening.

Why it can be Offensive

Personally, I rarely take offence to anyone saying the wrong things about autism. I see these moments as opportunities to educate the wider public and help my peers on the spectrum. There are exceptions of course, vaccination people and curebies being good examples.  Others however will find the phrase "we're all a little bit autistic" to be very offensive.

So, why is this offensive?

Well as you can see, the traits that neurotypical (normal) people generally associate in themselves as being similar to those of autistic people really aren't all that similar at all.

It's akin to sitting on your leg for a while until it goes numb, then trying to stand on it, failing and saying to a person in a wheelchair, "we're all a bit disabled really".

Yeah. Put like that it is a bit offensive. 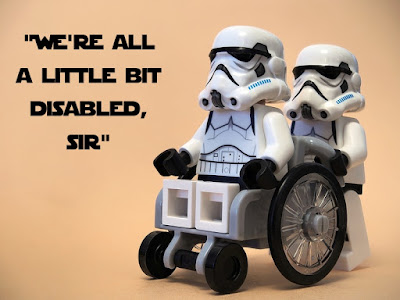 Earl said…
Wow.. you hit it close to home for me. Your Doctor Who sounds like my Farscape obsession.. and many of my special interests, I had to drop just to get a hold back on my life. Other good examples in my life is resistance to change.. me having a tantrum over my scheduled being pushed around on me at a job to the point where I quite.. and regretting it later. But I only recently discovered that I am ASD. I may have been able to reel myself in some of these situations in my past.
January 2, 2020 at 2:36 PM