Relationship Traits that couples with Autism can learn from 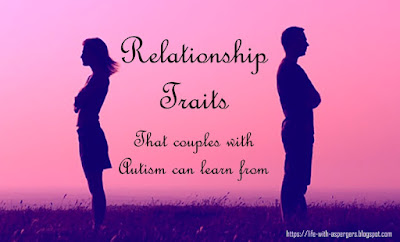 I was reading an article a few weeks back on the psychological reasons why some marriages last the distance when so many others fail.

It was a brilliant article and it suggested that there were two key traits that successful married couples display;

I was thinking about how good this advice was for couples in Asperger's relationships when I suddenly realised that those traits need to operate on a wider scale than simply relationships. These are key traits that affect our interactions with everyone on a day-to-day basis.

The statistics tell an alarming story on the increasing number of failing marriages. These days, we don't seem to have enough time to even listen to each other properly, let alone work on relationship building.

In terms of global statistics, couples in Rome are most likely to stay together the longest (with an average marriage life of 18 years despite a national divorce rate of 31%).  In the US and Australia, average married life is around 12 years and the national divorce rate is just over 40%.  In Doha, the average is 5.5 years with many apparently not even consummating the marriage. It's a shocker.

It's not just about divorce though. Even couples which do manage to "stay together" often find that their marriages have devolved into "untrusting angry messes". 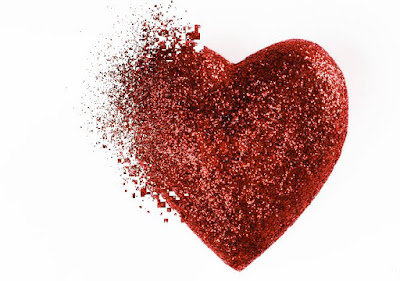 Many people stay together for religious reasons, or out of fear or loneliness. Sometimes they stay for their passports or for their children.  Staying together doesn't necessarily mean that the marriage is a successful one.

In the research I was reading, the researchers did two tests on the same groups, six years apart. They divivded the later groups into "Masters" and "Disasters". The disasters group included divorced couples and those who were in chronically unhappy marriages.

It's not always easy to remain cool, calm and collected through conversations. There are so many triggers that can rile people up.  I'm not suggesting that people with autism are more likely to be annoyed during conversations, only that sometimes we're under more pressure than others. Sometimes our triggers are closer to the surface.

It's been well documented that autistic people struggle with social contact and that conversations place a great many hardships upon us. These include issues of eye contact, difficulty translating body language, difficulty dealing with multiple incoming stimulus, difficulties keeping up with conversations and difficulties being "heard" or getting their responses together on time.

I've had neurotypical (normal) people tell me that conversations with autistic individuals feel too awkward and that they simply want to disengage and go talk to someone else.

It's little wonder then that people with autism are easily provoked during conversations.There's not a lot that we can do about this when it happens but if nothing else, we can try to learn from our failures.

In the research, it was observed that;

"The problem was that the disasters showed all the signs of arousal — of being in fight-or-flight mode — in their relationships. Having a conversation sitting next to their spouse was, to their bodies, like facing off with a saber-toothed tiger." 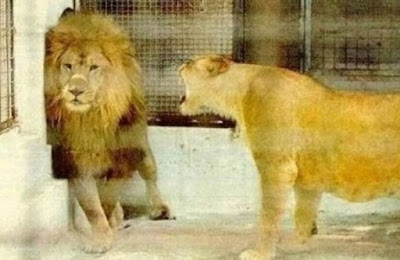 The conversations weren't mutual sharing of thoughts and ideas but were instead attacks and counter-attacks. I've also seen this online in autism communities particularly when people get pedantic about things like "person-first" language or about aspects of their special interest.

I've seen it in the workplace where some people, not necessarily bosses, will start a conversation in a deliberately condescending tone.

There's also the matter of politics and religion. If those sorts of topics are discussed, conversations quickly devolve into attack and defence mode.

The studies also observed that the "masters had created a climate of trust and intimacy that made both of them more emotionally and thus physically comfortable."

It's so important to remember that whenever you're in a conversation with someone, you need to listen to them, engage with them and give them trust, space and freedom in order to help them to relax. 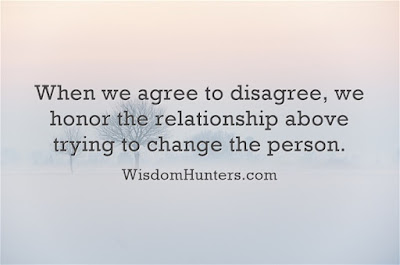 People aren't always going to say the right things -- and you're not always going to agree. Occasionally it's worth fighting about but most of the time, a cool and reasoned conversation can help you to find a middle ground that's comfortable to everyone. If nothing else, then it's okay to agree to disagree. The world would be a very boring place if we all had the same thoughts about everything.

Bids for Emotional Connection must be met with Intimacy

Another aspect of the relationship study involved inviting couples to a bed and breakfast for an "observed holiday". The findings here were equally interesting with the relationship "masters" responding to each other's conversations with interest and intimacy. The "disasters" simply brushed off their partner's feelings or ignored them altogether.

This is a pretty common occurrence in couples where at least one is on the spectrum. It's an issue that  appears at some point in every single AS/NT (Asperger's/autism and neurotypical/normal) relationship. It's something that you need to recognise, stop and change.

On the one hand, you have partners who have Asperger's or autism and who become obsessed by special interests and routines to the point where they talk about little else.

I can remember my mother telling my sister and I; "your father won't engage in a conversation with anyone unless it's about planes or boats". It used to be a bit of a game for us to watch his conversations and see how quickly he'd manage to steer the conversation back to his special interests. If he failed to do that, he'd quickly lose interest and leave the conversation. 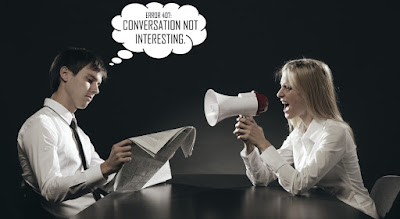 The other side of the coin is the neurotypical partner, in most cases the wife, who simply can't handle another conversation about the special interest.

There are two important points here;

1. The person on the spectrum has to work on talking about other things.
2. You married them. You knew that the special interest was part of it. You have to live with it.

Of course, it's not fair for your partner to only talk to you about their special interest, so you need to make sure that you do talk about other things. Sometimes you'll need to let your partner know that they're hogging a conversation or that you're not quite up to talking about it but when you do, be gentle. Eventually they'll get the message.

Remember, if your partner thinks that something is important enough to bring up in conversation, you need to engage them by giving them attention and emotional, considered responses. This is how you show that you acknowledge and respects them.

The research showed that couples who had "turn-toward bids" 33 percent of the time were divorced after six years while those who were still together acknowledged each other in conversation 87% of the time.

Intimacy isn't just about touching and sex, it's about being there for your partner in conversations.

The "disasters" responded to only three in ten bids of intimacy from their partners, while the masters responded nine times out of ten.

Is your Impact Positive?

The study went further than simply responses to one's partner. I feel that it made some bold observations on the nature of positive and negative people;

If you're seeking relationship success, you need to focus on being a positive person. 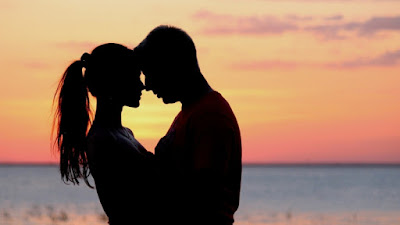 Anonymous said…
""In terms of global statistics, couples in Rome are most likely to stay together the longest (with an average marriage life of 18 years despite a national divorce rate of 31%). In the US and Australia, average married life is around 12 years and the national divorce rate is just over 40%. In Doha, the average is 5.5 years with many apparently not even consummating the marriage. It's a shocker."

No wonder fewer newlywed couples in Doha have sex than newlywed couples in Rome, the US, and Australia do. Some strict parents don't allow adult sons and adult daughters to go on dates before marriage. How do they enforce this rule? By not allowing adult sons and adult daughters to move out before marriage (and when they've actively encouraged their kids to study all the time and not learn other skills, these kids can easily grow up *unable* to move out without family helping them). It's a lot harder to get away with going on a date against your parents' will when you still live with them.

For a significant number of those couples in Doha and other strict cultures, the wedding night is more like a first or second date in Rome/the US/Australia than like a wedding night in Rome/the US/Australia. The man and woman are less committed to each other and more likely to be asking themselves "do I like this person enough to stay together and someday have sex together?"
May 31, 2019 at 8:40 PM