Our Partners and Autism Acceptance

August 18, 2019
Last week, I read a post from a lady who didn't feel accepted by her partner. The interesting thing was that while she knew what she wanted to say, she felt that she couldn't talk to him about her autism.

She was considering the next steps in her relationship but was going into it without the tools to communicate effectively.

Until quite recently, people with autism tended to fall into two broad categories;


These days however, it's much more common for people entering a relationship to know that they're on the autism spectrum.

In this post, I want to look at the benefits of disclosing autism to prospective partners. 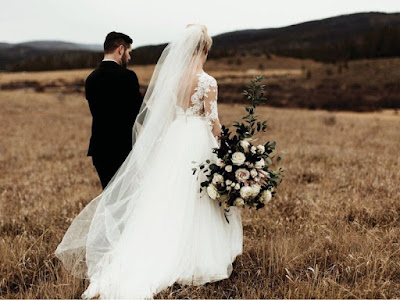 Why is it becoming more common?

A couple of decades ago, it was relatively uncommon for people to get married with the knowledge that they were on the autism spectrum. After all, the people getting married for the first time in 2000 would need to have been diagnosed around 1980.

Although Asperger's and Autism were researched in the 1930s and 1940s, Asperger's syndrome wasn't even a diagnosis until 1994 and the diagnosis of "autism" tended to be reserved for the more extreme cases most of whom were not expected to marry at all. 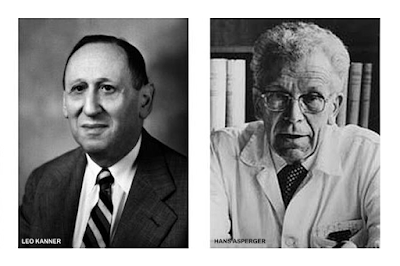 The media often talks about the "explosion of autism". It's not the case that autism is becoming more prevalent but rather that we're getting so much better at detecting it.

As a result of our improved diagnostic abilities, couples getting married today, particularly older couples are much more likely to know that autism is part of the package before they tie the knot.

While disclosure isn't absolutely necessary, it's certainly an important consideration. If you disclose autism too early in a relationship, chances are that you'll scare your partner off.  If you disclose after the wedding, they'll feel like you lied to them.

Ideally, the best time for disclosure is when the relationship is very solid and engagement is becoming the likely next step.

The real question is, whether or not you should disclose your differences. After all, your partner already knows you well and loves you for who you are. It's not as if having autism prevents you from having children, though there's a higher than usual chance that your children could also be on the spectrum.

One of my favourite moments last week was when actress/commedienne Amy Schumer was asked how she could cope with the possibility that her child will be on the spectrum. Her response was beautiful;

"how I cope? I don’t see being on the spectrum as a negative thing. My husband is my favorite person I’ve ever met. He’s kind, hilarious, interesting and talented and I admire him. Am I supposed to hope my son isn’t like that?"
- Amy Schumer

I feel that disclosure is important because you need to know if you partner is willing to accept you, even with a label. You need to be able to talk to your partner about autism, traits, stims and sensory difficulties if the relationship is to grow and develop. There's also the importance of being honest in the relationship and the fact that the truth will always come out eventually. 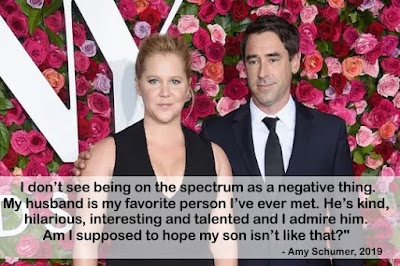 While there's always the risk that disclosing your autism to a potential partner may cause them to leave the relationship in a hurry, or worse, may give them a handle with which to bully you, this won't happen with a good partner.

A good partner will listen to your issues and will learn how to predict them, how to work around them and how to make you feel more comfortable in difficult situations. A good partner can be your co-pilot for life.

A good partner isn't going to take your news and suddenly be an expert on autism. You'll need to coach them through your needs and teach them how best to help you. Over time however, the disclosure will help and a good partner will begin to anticipate those needs -- sometimes even before you do.

How do we talk about autism?

The best way to talk about autism is both factually and positively.  Autism already has enough stigmas without adding to it. Try to avoid blaming your partner for things and try not to have the conversation when you're stressed.

Instead of telling your partner all of the things that they do wrong; "you don't do this" or "you don't care" or "you always criticize", try telling your partner what they can do right.  For example, explain that getting organised is something that you struggle with and ask for help.  Explain that places with loud music or strong smells can make your sensory systems go into overload. Agree on signals with your partner that will allow them to understand how you're feeling.  For example, if you say "this place is a bit overwhelming", it might be a signal to your partner to help you make whatever apologies you need to and get out. 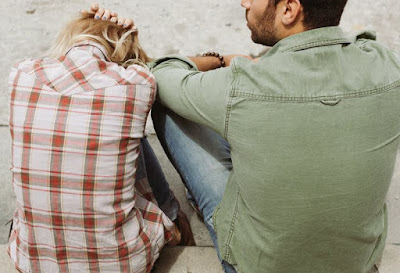 Let your partner know how you want your autism disclosed. Are you comfortable with others knowing or do you want to keep it limited to a few individuals.

The right sort of partner, a truly loving partner, will do whatever they can to help you. Letting them know how they can help you is a critical first step.

What should you expect from your partner?

No partner is going to be perfect and understanding autism isn't easy for someone who is not on the spectrum. You'll need to accept that sometimes your partner will do or say the wrong thing. It's fine to be a bit annoyed about this but unless they're deliberately trying to upset you, forgiveness and gentle correction will always be more effective than negative reinforcement.

If you're autistic, then you've had autism all of your life. It's part of you. It's amazing how many things (positive and negative) we autistics take for granted that neurotypicals don't share.

You can't expect perfection from your partner but provided that you're considering their needs too, you should be able to expect them to keep trying to make the relationship the best they can.

Anonymous said…
"While there's always the risk that disclosing your autism to a potential partner may cause them to leave the relationship in a hurry, or worse, may give them a handle with which to bully you, this won't happen with a good partner."

Too true. While hopefully a partner who loves you and has already committed to spending your lives together should never bully you because of anything, disclosing your AS to an abusive partner could be dangerous for you.

It is well acknowledged that those on the spectrum are more susceptible to bullying and abuse, and if your partner already abuses you this might make them worse.

Ironically, I only disvovered my ASD because of my NT ex-partner's abuse. Domestic abuse can happen to absolutely anyone and it's an awful traumatic experience. It builds very gradually, and there are "honeymoon" periods where everything is normal and lovely and then the abuse starts again, and again, and again. This cycle means it's difficult for EVERY victim (NTs included) to spot and it will have been going on for a while before the victim begins to realise it's abuse. My ex (who is neurotypical) would have abused me regardless of whether I was ASD or not - I later found out he'd treated his NT ex-girlfiend the same way.

Because of my Aspergers, I think it was harder for me to read his hidden intentions and spot his manipulations. Although I didn't have a diagnosis and I had no idea I was AS, he knew my blindspots and used them against me.

I'm gone from him now and he has no idea I'm an aspie woman. I left because his abuses had turned more physical and my life was now in danger. I'm so glad that he never knew (I only found out through research and extensive therapy) because if he'd had known itwould have been another "power" he thought he had over me.
I wish I had known though, as I might have been able to inform myself better of the risks or I might have had a support worker to point out that so many pieces of our relationship weren't normal, and that i shouldn't blame his illegal and evil behaviour on my on lack of social understanding.
May 10, 2020 at 4:27 AM

November 16, 2010
I apologise for the excessive "male-orientated" viewpoint in this post. I tried to keep it neutral but somehow, it just works better when explained from a male viewpoint. Here's a phrase that I've seen repeated throughout the comments on this blog on several occasions; "I know that he won't miss me when I'm gone because he's aspie" Today, we're going to (try to) bust that myth; Individuals I'll start off with a reminder that everyone is an individual. If all aspies were completely alike and predictible, they'd be a stereotype but they're not. Each is shaped by their background, their upbringing, their beliefs and their local customs. An aspie who grew up with loud abusive parents has a reasonable chance of becoming loud and abusive themselves because in some cases, that's all they know. That's how they think adults are supposed to behave. In other cases, aspies who grew up in those circumstances do a complete a
144 comments
Read more

October 30, 2007
According to wikipedia , stimming is; "a jargon term for a particular form of stereotypy, a repetitive body movement (often done unconsciously) that self-stimulates one or more senses in a regulated manner. It is shorthand for self-stimulation, and a stereotypy is referred to as stimming under the hypothesis that it has a function related to sensory input." The wikipedia article then goes on to propose some theories about the function of stimming and how it is designed to provide nervous system arousal. The theory being that it helps autistic people "normalize". I'm not sure how much I believe that theory - I helps us relax and it feels good... but normalize?? Not sure. The most commonly cited form of stimming is body rocking. Such is the prevalence of this form of stimming in Hollywood films concerning autism that you could be forgiven for thinking that autistic people stim by rocking most of the time. How far does stimming go? Stimming is much more t
205 comments
Read more