Teaching your Teenage Aspie to Drive 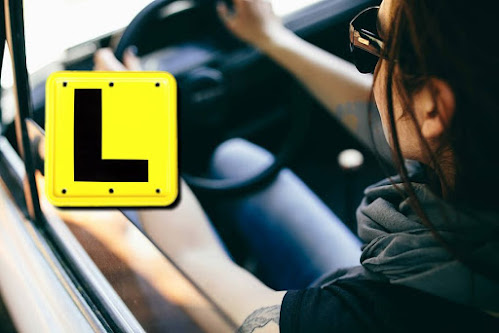 It's finally happened, my eldest son, now 19.5 has decided that he's ready to learn how to drive. He's made the effort, with admittedly quite a bit of prompting, to pass the written part of the exam. He's got his "L" plates and it's time for the practical side of the lesson.
While there's not a huge amount of difference between teaching someone on the autism spectrum and teaching someone who isn't, there are a few little things that are important.

For the most part, kids on the spectrum love rules. They're great. Instead of being all different shades of grey, road rules are pretty black and white. There's a side of the road that you drive on. There's give way and stop signs, and there are speed limits.
Unfortunately, it's not all rules. A lot of driving is actually etiquette. It's about being aware that other people make mistakes or that some people are in a rush. If a car is driving erratically, it's best to let them get in front of you so that they can get out of your way sooner. If someone is clearly having difficulty pulling out of an intersection, then it's nice to let them in.
The problem is of course, knowing when it's okay to bend the rules. It's occasional only. You need to spend extra time on this topic with your autistic kids. 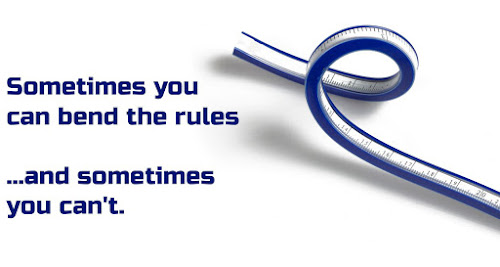 Spatial awareness can be a big problem for some people on the spectrum. I know that I have a lot of problems at times walking through doorways. I'm not a big person, it's just that sometimes I'm concentrating so hard on something else that I really don't think about the space I'm trying to walk through.
You can imagine how dangerous this can be in a car.
Learner drivers already tend to drift from one side of the lane to another and fortunately most major roads have bumps on their lane markers. They're great. Quite often I find myself saying to my son, "Do you feel those bumps? They've got to mean something, right?" - and then he'll self correct.
Recently we got him a driving instructor and they told him to always line the steering wheel up with the very middle of the lane. He and the wheel are obviously both on the same side. I've checked via diagrams and actually works quite well.  I think it will work equally well in countries where people drive on the other side of the road.

Find a real-world constant check like this so that your learner can keep the vehicle in the middle of the lane.

It's no secret that many autistic kids struggle with distractions. It's quite common for kids with autism to have started out with an ADHD diagnosis. They don't get that diagnosis because they're hyperactive, they get it because their teachers tend to report them as being so distracted by everything else in the class that they're unable to concentrate.
It's one of the key reasons why so many of these kids are on ritalin.
While I'm on the subject of ritalin, one of the key reasons for using ritalin is (paradoxically) to get off ritalin. It's an important medication to use with distracted kids in their early years of school to allow them to concentrate. As they get older however, they need to learn to self-manage. You don't want them on ritalin for the rest of their lives, so once school is over, unless they're going onto higher education, ritalin should be reduced and eventually eliminated if possible.
In my eldest's case, that's exactly what has happened. He's now 100% self-managing all the time. That's great... but it doesn't help him cope with distractions. It's important to be aware of this.
One thing that I found was that I can talk to my son while he's driving but if I talk about anything that interests him, for example computers; a special interest of his, his driving immediately suffers.
Keep the distractions to a minimum and work on ways to tune them out.

Meltdowns are the bane of aspie life. If you're in a meltdown state, you tend to do things impulsively and destructively. You don't think, you just act.
As an adult on the spectrum, my meltdowns are firmly in check but that's not true in our kids case. They may have gone a long time without a meltdown but the pressures associated with young adulthood can easily trigger one out of the blue.  It's unlikely to come up as a problem during a lesson but once your young driver is fully licensed and on their own, it could certainly become a big problem.
Be sure to have a conversation with your kids about never driving when they're angry. No matter how important it might seem.  It could save a life.

October 30, 2007
According to wikipedia , stimming is; "a jargon term for a particular form of stereotypy, a repetitive body movement (often done unconsciously) that self-stimulates one or more senses in a regulated manner. It is shorthand for self-stimulation, and a stereotypy is referred to as stimming under the hypothesis that it has a function related to sensory input." The wikipedia article then goes on to propose some theories about the function of stimming and how it is designed to provide nervous system arousal. The theory being that it helps autistic people "normalize". I'm not sure how much I believe that theory - I helps us relax and it feels good... but normalize?? Not sure. The most commonly cited form of stimming is body rocking. Such is the prevalence of this form of stimming in Hollywood films concerning autism that you could be forgiven for thinking that autistic people stim by rocking most of the time. How far does stimming go? Stimming is much more t
205 comments
Read more

November 16, 2010
I apologise for the excessive "male-orientated" viewpoint in this post. I tried to keep it neutral but somehow, it just works better when explained from a male viewpoint. Here's a phrase that I've seen repeated throughout the comments on this blog on several occasions; "I know that he won't miss me when I'm gone because he's aspie" Today, we're going to (try to) bust that myth; Individuals I'll start off with a reminder that everyone is an individual. If all aspies were completely alike and predictible, they'd be a stereotype but they're not. Each is shaped by their background, their upbringing, their beliefs and their local customs. An aspie who grew up with loud abusive parents has a reasonable chance of becoming loud and abusive themselves because in some cases, that's all they know. That's how they think adults are supposed to behave. In other cases, aspies who grew up in those circumstances do a complete a
144 comments
Read more