When kids on the Spectrum Trash the House

December 13, 2020
A couple of days ago, I was reading a thread about a mother who came home to find that her son had completely trashed the house - again. It reminded me of things that our family used to go through. While my eldest, now 20 is a terribly messy boy, this behaviour is now well and truly a thing of the past for us. For a while though, these problems seemed insurmountable, so I thought I'd share how we got past them. 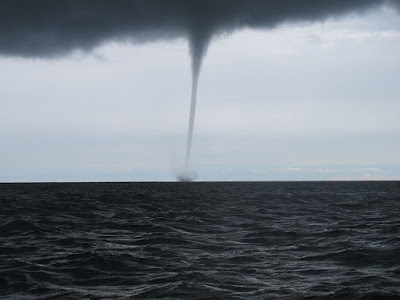 Image by yasioo from Pixabay

There was once a time where if he didn't get his way, my youngest would completely trash his room (and sometimes other rooms in the house). We still have marks on the walls (and some holes) that remind us of those terrible days. He would pull everything out of his wardrobe and throw it on the floor, he would throw all of his books out of his bookcase and all over the floor. He would often tip his entire mattress off the bed as well.

These generally weren't meltdowns. They were too controlled and too planned. They were done for a reason. These were tantrums.

In the article I read, the child was twelve. This is easily old enough for them to be able to clean up their own mess. It's very important that you don't follow them around and simply clean up their mess. They need to own a little responsibility.

Of course, cleaning up tends to take much longer than messing, so it's fine for you as a parent to help out. Just be sure that your child helps out too. If they stop cleaning up, you stop helping. They need to understand that the amount of effort they put in directly influences how quickly they can get back to doing "fun things" that aren't cleaning up.

This is so hard to do. When you kids trash the place they're essentially trying to attack you. If you get angry then they know that they've gotten to you. They know that this technique works and they'll do it again and again.

It's so hard not to get angry, especially when things that are yours get broken. Sentimental things are the worst. My wife used to always complain about her things being broken but I started pointing out that everything I really cared about was put away from the kids in boxes. I'd stored things that I didn't want destroyed until a time when the kids weren't so dangerous.

It's tempting to shout at the kids, or smack them or try to find some form of revenge. As a young parent I could never understand how kids could enjoy being in trouble. Now of course, when I think back to my own childhood, I remember all the cheeky things I did to my mother. These are all moments of extreme attention and the punishments seemed worth it.

The other point to remember about shouting and violence is that your kids are growing up quickly and taking it all in. How you react now is how they're going to react in the future. You need to ensue that there are no violent consequences, such as smacking, because it won't be long before they're old enough to hit back. You need to teach them non-violent ways to settle their issues.

Keep a calm voice at all times and never relinquish control. If you feel overwhelmed, disengage and go watch some TV or have a rest. Get yourself calm and then try again.

One of the key things that needs to happen in order for your kids to clean up their own messes, is for all distractions to be removed. In our house, this was called "electronica". When we needed to get things done, we removed all electronica. That meant, no computer, no ipads, no phones, no Nintendo DS, no gaming consoles.

We tried simply saying that these could not be used but we soon found that the kids would find ways to sneak in and use them. We tried disabling Wi-Fi but they found things that didn't need it - or they stole the neighbours Wi-Fi. Eventually the only thing we could do was to take or disable devices. If they were small enough, we'd take them and if they weren't, we'd remove key components, like power cords.

It's important to do this without getting into a confrontation because you certainly don't want a tug of war over the devices. My advice would be to request that they help you clean up their mess. If they do engage, then there's no need to remove devices (remember, we're fixing the damage, not issuing a punishment). If they don't engage, leave them and remove the devices once they're asleep. This avoids confrontations and it ensures that they don't see where you hide them.

If you don't have adequate hiding place, then get somewhere lockable (even if you lock the devices in the car in your garage).

Get them to Take Responsibility

Once your child has completed the clean-up, there are two more areas that need to be addressed. Both fall under the banner of responsibility.
When we were young parents, my wife and I would often look jealously at parents with "perfect kids". Their kids wouldn't have tantrums and destroy the house, while ours would. We felt like terrible parents. These days, it's all reversed.
Our kids (17 and 20) have grown up fixing their mistakes and apologising. They think of others and they don't trash the place anymore. What we've noticed is that people with "perfect kids" have bred children who don't know how to take responsibility or how to apologise.

Frank Blogger said…
I have yet to find a blog that dares to delve into (what I call) the very problematic perfect storm of dysfunction — a combination of ASD and significant ACE trauma (and perhaps even high sensitivity) that results in substance use/abuse. This, of course, can also lead to an adulthood of debilitating self-medicating.

The greater the drug-induced escape one attains from its use, the more one wants to repeat the experience; and the more intolerable one finds their sober reality, the more pleasurable that escape should be perceived. By extension, the greater one’s mental pain or trauma while sober, the greater the need for escape from reality, thus the more addictive the euphoric escape-form will likely be.

If the adolescent is also highly sensitive, both the drug-induced euphoria and, conversely, the come-down effect or return to their burdensome reality will be heightened thus making the substance-use more addicting.

As a highly sensitive child, teenager and adult with ASD—an official condition with which I greatly struggled yet of which I was not even aware until I was a half-century old—compounded by a high ACE score, I largely learned this for myself from my own substance (ab)use experience. The self-medicating method I utilized during most of my pre-teen years, however, was eating.

(Perhaps not surprising, I strongly feel that not only should all school teachers have received ASD training, but that there should further be an inclusion in standard high school curriculum of a child development course which in part would also teach students about the often-debilitating condition.
It would explain to students how, among other aspects of the condition, people with ASD (including those with higher functioning autism) are often deemed willfully ‘difficult’ and socially incongruent, when in fact such behavior is really not a choice.)
February 28, 2021 at 10:47 AM