He doesn't look autistic to me...

It's a phrase that every parent of a child on the autism spectrum dreads. Apparently it's meant as a compliment but in reality it's a fairly impressive bit of “multiple insulting“.


Why is this so insulting?

On the one hand,  it's insulting to all people with autism because it suggests that all children with autism can be identified by presumably defective physical traits making them “inferior” to their neurotypical counterparts in yet another way.

On the other hand, it's insulting to the person who has autism and their carers because it belittles their struggle and challenges the idea that they have anything to complain about. People often use the offending phrase to suggest that a child or adult doesn't need special treatment or support services.

It often leads into a discussion about the removal of services or the reduction of financial support.

What "comeback should you use"?

As a parent, I know that there are a million witty comebacks for this line but the question is less about which to use and more about whether to bother with a reply at all.

I usually make my decision based upon whether or not I think that the person can learn from the experience.

There's no rule that says that people with autism should look or act in any way similar to each other”.

Usually people who want to learn will begin to understand at this point.

People who don't want to learn will never change their minds regardless of anything that you say or do. If the person you're talking to doesn't seem to be trying to understand, then it's time to break off the conversation.

Is there any truth at all to this statement?

As far as whether it's possible to tell if someone it autistic simply by looking at them is concerned, the answer is "no".  Close observation however is a different thing and if you were to observe a person in their natural environment for long enough or under the right conditions, it's possible that you'd pick up their differences.

People who are very familiar with autism, particularly people with autism themselves, can often pick up on similar differences in others.

I've noticed that this occurs even if the person observing is completely oblivious to their own differences. It's one of the reasons why children with autism in mainstreamed schools often find friends on the spectrum.  It's also the reason that people with autism often discover years later that their partners are either on the spectrum or have genetic links to someone else, for example brothers or cousins, on the spectrum. 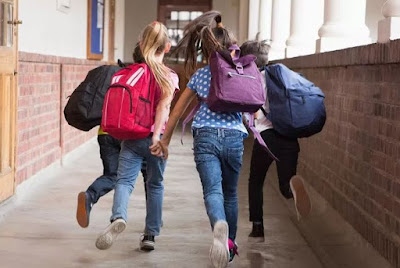 Experts are everywhere -- but they won't approach you

While many teachers, child therapists and doctors are pretty good at spotting people with autism, it's fairly unlikely that you'd encounter someone with a talent for detection at your local shopping centre or at a social gathering not related to autism.

More importantly though, if you did, they would generally have the experience and training required to know not to approach you and offer their unsolicited opinion on your child.

Anonymous said…
Maybe sometimes it's about stereotypes, like if someone thinks all autistic people are white or Asian guys who hate non-geeky stuff but your autistic child is a black girl who is wearing a t-shirt with a rock band logo instead of a science fiction logo on it.
March 10, 2017 at 6:06 AM

Anonymous said…
Sometimes it's utterly undetectable and then the autistic insists that we should have detected it.